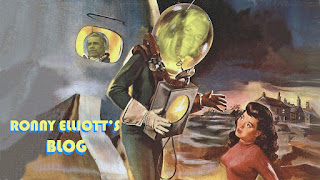 Never wanted to be famous. Needn't have worried. Didn't want to be rich. No problem.

On the other hand, Stirling Moss asked me to help push the birdcage Maserati out onto the track at Sebring. I did. I was assigned the job of holding Jimi's Marshall cabinets from the back in case he "whacked them" during the show. I've made nervous, backstage chitchat with Pops Staples, Jerry Garcia, Janis, Tom Waits and Donovan. I've argued and traded insults with John Fogarty. I've roomed with Doug Sahm and bought Lucinda a pizza. Elvis offered to teach me karate and Charlie Louvin offered me a sip of his coffee from a styrofoam cup. I've partied with the Coasters and been lectured by Dr. Diddley.

I've held a puppy in my arms taking his last, sweet breath and I've seen the northern tip of Scotland.

Holding Grandma's hand was the best thing that ever happened to me. I know about love.


Posted by ronnyelliott at 2:59 AM