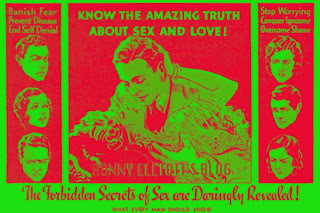 Throughout my life I suppose that I have remained almost willfully oblivious to actions that would have major impact on my life. I have given more thought to quitting a band than ending a relationship. I've spent more time fretting about the color of a new car than I have put into big career decisions. I like to think that I've had other folks' well being in mind as I've blundered through but that is probably just an attempt at avoiding guilt. I can surely glance in my rearview mirror and see that I've left major pileups behind me.

Now, here I am. This is it. Existence. Oh, I suppose I can walk the dog. I could have another cup of coffee and walk her later. Maybe I'll go to the Y and bob around in the pool for a bit. That mulch ain't gonna move itself. There are those songs that aren't finished but what am I gonna do with them?

I seem to have a batch of love and nothing to do with it. I've got a career, if you can call it that, with no decisions to be made. Only my dog has patience to put up with me. That's alright, she's the only one who has to.

I know what it sounds like but this is not me feeling sorry for myself. Lots of folks would love to be in my situation. It's just weird. I guess I always assumed that some zen existence was something that you sought out and pieced together. Never occurred to me that it might just show up at the door one day.