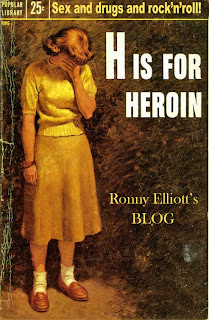 Me?  don't approve of drugs. I suppose I'm lucky. I don't have any moral problem with substances. I just don't like messing with things. Alcohol ruins lives and we've all watched it in action.

You have to see, however, the effect that dope and booze has had on our rock'n'roll as an art form. I mean the positive side. I read an interview with Jerry Wexler once where he recalled the early Atlantic days. He said that they would get word that Ray was in town and they would set the studio up. When The Genius showed up the tapes were rolling. He recalled that they would set him up at the piano and roll 'til he fell over backwards. Now, heroin didn't make those records perfect. Ray Charles did. Nothing ever touched that level of perfection again, though, once he moved on from Atlantic and junk.

Well, I've met some really fine folks in this business. Van Morrison isn't one of them. I have no idea whether he drinks now or not. It would be impossible, though, to dismiss his version of Caravan with the Band in the Last Waltz or his stunning take on 4% Pantomine with Richard Manuel on Cahoots. Maybe alcohol can fuel pain and genius.

I surely don't recommend anything that hurts anyone for the sake of art. There have been folks who sacrificed, though, and that stuff is precious.

Posted by ronnyelliott at 11:33 AM