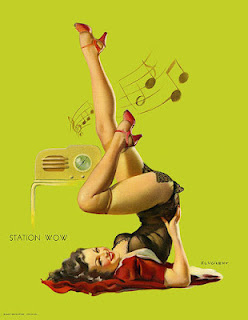 My first impression on beginning Bob Dylan's interview in Rolling Stone was, "Wow. He's conceited." Then I thought about it for about half a second and concluded, "Yeah. He's Bob Dylan."

So here I am again marveling at my good fortune of failure. Oh, I'm different. I seem to have been molded from the stardust of a different galaxy than most of us. Unburdened by virtue of commercial failure I do what I want. I've said it before; "I don't make good records. I don't make bad ones, either. I make Ronny Elliott records."

If you don't like my records you're probably not going to care much for my new play or the book that I'm trying to get written.

I never had to make up stories about running away with the carnival. I'll never have to worry about what to wear to the white house, either. Sometimes you have to wonder if Mr. Dylan is having a good time. I am.


Posted by ronnyelliott at 1:26 PM