Older Than That Now 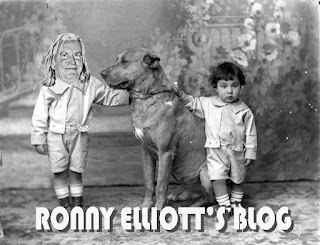 Looking back, I was a middle aged man. In my prime if, in fact, I ever had a prime. She was six weeks old, ready to go home. I thought I was a young man. She knew she was the boss. Every single stranger stopped us as we navigated the long hallway of the Humane Society to the parking lot.

"Jamaica," I proudly told them all.

I thought I was a young man. I planned to live forever. Pretty sure she would, too. I hadn't wanted another dog. I was still grieving the loss of three four legged friends in a row. Luckily the woman who was running my life disregarded my wishes. Thanks. Really. Thanks a lot.

The little queen moved in with three cats and a forties-style cartoon began a long run. 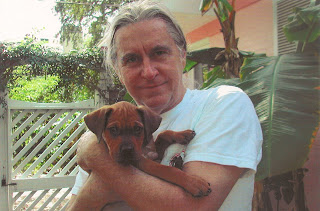 The woman's long gone. Two of the cats have been gone for some time now, too. Angel just turned eighteen and went blind suddenly. The cartoon's slower paced now and a little sad, somehow.

Jamaica and I got old. Neither one of us ever saw it coming.

Posted by ronnyelliott at 7:04 AM