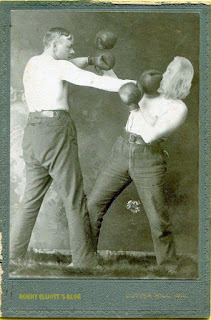 We've lost one of the real heroes of my lifetime. Of anybody's lifetime. Muhammad Ali has died at seventy four years of age after a thirty two year bout with Parkinson's disease. He was a shy, skinny kid from Louisville who won a gold medal at the Olympics in Rome when we first met him. Cassius Clay. Taking a page from Gorgeous George, he learned to shoot from the lip and to back it up. Great goodness, could he back it up!

We may all argue forever over whether or not he was the greatest fighter ever. He was certainly the most entertaining. What we won't quibble over will be his place in history as a man of peace. He refused to step forward as his name was called for the draft during the Viet Nam war.

Stripped of his heavyweight title and sentenced to five years in prison for draft evasion, Ali spent four years free on appeal, not allowed to fight. He toured college campuses lecturing on racism and war. His allegiance to Elijah Muhammad and the Nation of Islam made him all the more controversial during what should have been the peak of his career.

In 1971 the Supreme Court reversed his conviction and Ali returned to the ring beating Jerry Quarry. Six months later at Madison Square Garden he lost the first bout of his professional career in "The Fight Of The Century" against Joe Frazier.

He went on to win his title back two times. His boxing career was the source of his spotlight. His moral convictions made him an American hero. Everybody wants to be remembered. Here's Muhammad Ali's idea of how we should remember him.

I would like to be remembered as a man who won the heavyweight title three times.

Who was humorous and who treated everyone right.

As a man who never looked down on those who looked up to him.

And who helped as many people as he could.

As a man who stood up for his beliefs no matter what.

As a man who tried to unite all humankind through faith and love.

And if all that's too much then I guess I'd settle for being remembered only as a great boxer who became a leader and a champion of his people.

And I wouldn't even mind if folks forgot how pretty I was.

Posted by ronnyelliott at 6:23 AM