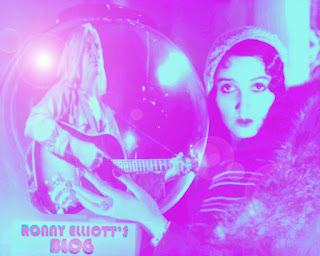 Since late in 1956, when I was nine years old, I've worried about the demise of rock'n'roll. Everybody's got to fret about something I suppose. Well, I've written its obituary here many times before. I always come back in a better mood in a month or two and issue a retraction.

Fact is, it had quite a run. Now Jerry Lee, Fats, Chuck and Little Richard hang on. Oh, I'd love to blame Clive Davis and Rick Rubin and other blood suckers who raided the temples. Fact is, they're no worse than Syd Nathan, Morris Levy, Don Robey, Ahmet Ertegun and lots of the other pioneering executives from the early days. Those guys were my heroes.

I still remember bristling when I read an interview in '57 with Alan Freed. He had just published his Top Ten Rock'n'Rollers list for 1956. Elvis was conspicuously absent. Mr. Freed explained that the art form was really about black music.

Col. Parker was just a better, smarter crook than he was. The name, Alan Freed, was not gonna show up in writer credits on any Elvis record. You were lucky if your name showed up next to Elvis' if you did write the song.

Well, well- I've gotten off on a tangent about crooks and thieves and I haven't even mentioned Dick Clark. Now I have.

You can hear something that they call swing when public television needs money. There are plenty of passionate, talented musicians who mine the ether for what was once jazz. The new suits in Nashville  would have us believe that country music is alive and well and that we should refer to it as americana. Right.


Posted by ronnyelliott at 5:57 AM