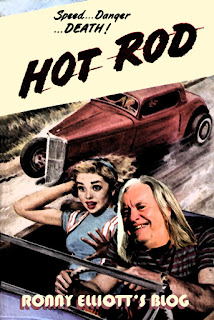 Here we go again. I wrestle with the idea that every breath that I take changes the universe. On the other hand, as Rick Blaine said, "I'm no good at being noble but it doesn't take much to see that the problems of three little people don't amount to a hill of beans in this crazy world."

He was, of course, referring to me and Humphrey and Ingrid.

Col. Parker paid girls to scream when Elvis wiggled but he didn't have to pay them for long. Brian Epstein paid for the same services for the Beatles. Donald Trump paid actors to be his "followers" until his clever remarks about race, religion and culture brought out the true believers.

The life you live is the only justification for your existence. I'm going back to bed.


Posted by ronnyelliott at 5:18 AM