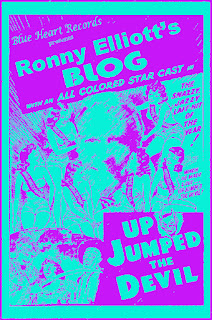 By the time that I began releasing records under my own name I had been in the rock'n'roll trenches for decades. Critics often used the term, late bloomer, in describing my efforts. That was more than twenty years ago.

I'm just beginning to learn my craft. I'm more a slow learner than a late bloomer. Sometimes I stray but I'm always back to this. This is home. This is truth. This is love. Rock'n'roll will outlive me. It outlived Alan Freed and Dick Clark.


Posted by ronnyelliott at 7:30 AM