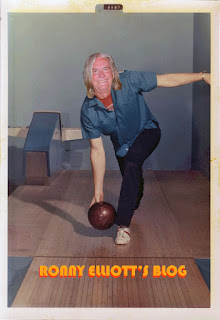 Before we left Birmingham when I was six years old, I could walk to the West End Theater two blocks away to see second run movies. My cousin, Jimmy, and I were pretty sure that we would eventually see a naked woman on the big screen. Of course we did but that was a almost a decade later when Brigitte Bardot films washed up on America's shore.

In Tampa I grew up two blocks down from the Palma Ceia Theater. Was I a regular? Let's just say that I sat through The Rose Tattoo seven times in a week. I still have no idea what that movie is about. I'm pretty sure that it's at least a little bit naughty even if there are no naked women.

Everything that I know and believe is shaped a bit by those movie houses with a healthy dose, or unhealthy dose, of Sunday school mixed in.

I do know enough to know that I don't know much. I believe in love. I don't believe in war.


Posted by ronnyelliott at 9:48 AM