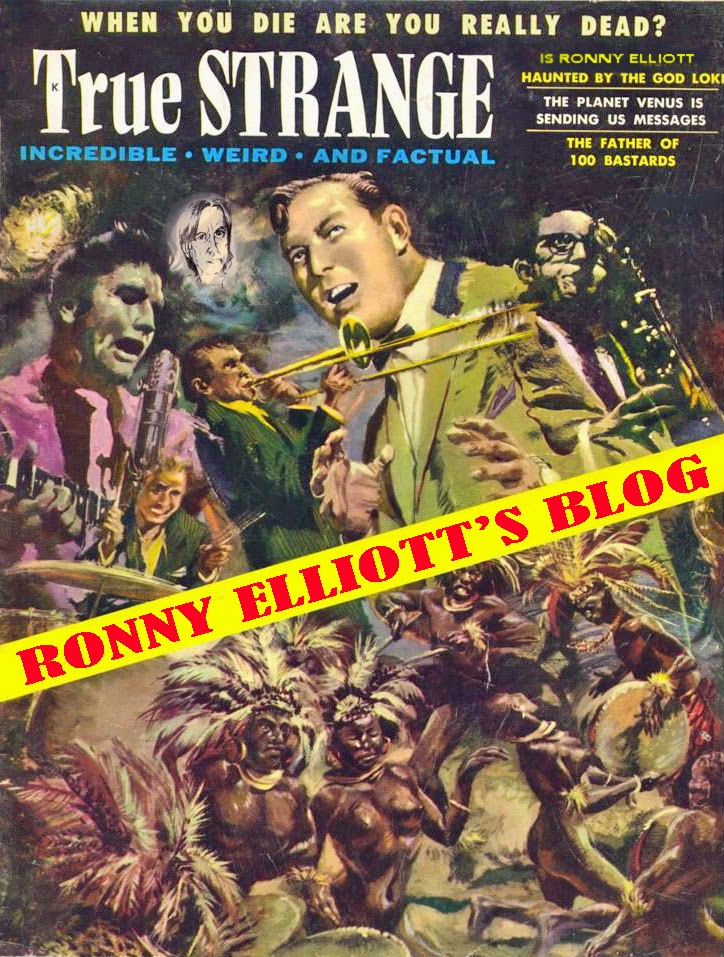 Maybe rock'n'roll dies when I say it does. Oh, that sounds arrogant. Let me rephrase that. Rock'n'roll was born in my heart in 1947. All that baloney that I rant and sing about was never serious. Obviously we don't know what the "first" rock'n'roll record was. It depends on your definition, your perception, your taste. What about the things that were recorded that we no longer have copies of. Maybe my mom knew of a couple of older ones that she never mentioned to me because she just didn't like them. Nah, my idea of that glorious stuff beginning in 1947 has always been just my way of poking fun at those bozos who take this stuff seriously and think that they have an answer to this mystery.

It's all just holding mirrors up to mirrors.

Back to the bozos whom I accuse of taking this stuff seriously- put me at the head of the line. When the magic ends for me; when the joy doesn't rise in my soul, drag my corpse to the compost bin. Yesterday was a reminder for me that the magic is there as long as I can see it, as long as I hear that  melody and feel that beat. Rock'n'roll hearts beat in 4/4 time. Mine still beats hard.


Posted by ronnyelliott at 1:41 PM