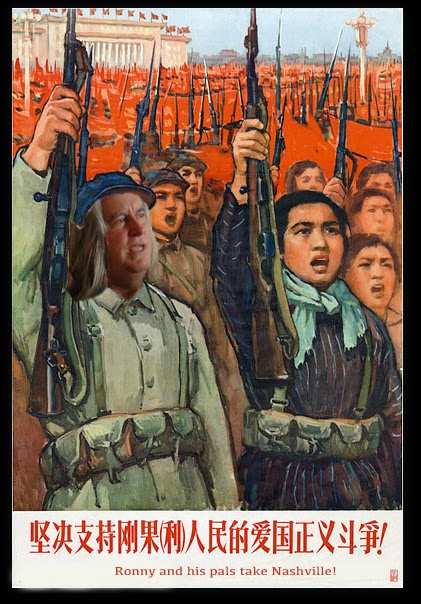 Okay. I only saw Bruce once. He was at the Jai Alai fronton in Tampa, a venue that held about 1200 fans. It was a fine show. The only Rolling Stones concert for me was at a softball stadium in Clearwater. There were probably about a thousand kids there.

Most of the time that I got to spend with Elvis was sitting around with him on lawn chairs at Port Paradise in Crystal River.

Stirling Moss called out to me and my pal, Jimmy Reilly, to come help him and his crew push the birdcage Maserati onto the track in Sebring.

"Big Daddy" Don Garlits reached me by telephone to ask me to go to lunch with him. I was writing an automotive column for the Tampa Tribune and he wanted to get me a copy of his first autobiography for review.

I've told you the story before about holding Jimi's Marshall cabinets from the back in case he "whacked them" after we opened for him. Made for a pretty good view of the stage.

This isn't bragging, name-dropping. The world was smaller not long ago. Nobody worried that a lunatic would kill a celebrity. NASCAR hadn't made stock car racing a spectacle. When I went to Yankee spring training games in St. Pete, Mickey and Yogi and the guys would hang around and give batting tips. They would sign anything. Nobody worried about e-Bay.

Yeah, I hope that I don't sound like some old fool telling you about the good old days. I have to tell you, though, that paying a small fortune to sit in some stadium seat to see some old fool play his old hits seems really ridiculous to me. Woody never played a stadium. Neither did Lead Belly.


Posted by ronnyelliott at 3:56 AM