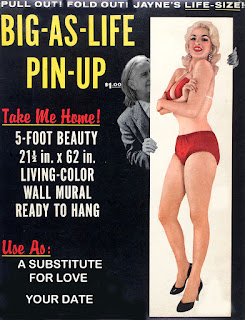 All I know about love and life I learned at the movies and from television. I know what you're thinking. You're right. I don't know much.

Growing up down the street from the Palma Ceia Theater I sat through The Rose Tattoo at least six or seven times. I still have no idea what that picture is about. My idea of a married couple is still Ozzie and Harriet or Rock Hudson and Doris Day. My idea of lust is all formed around some version of Brigitte Bardot combined with the sweet innocence of Annette.

Spending time with someone who doesn't want to be with me is my idea of hell. I didn't learn that in Sunday school. That one I learned in life.

Always hated that song. Always made me cry. Still does.


Posted by ronnyelliott at 9:35 AM