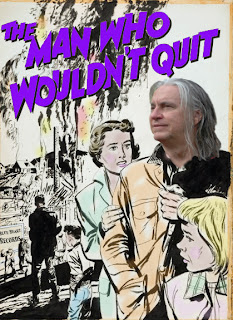 Anarchy appeals to me at my core. I like to think that every person should be free to do what he or she thinks needs to be done. Of course I'm aware that there is always someone who's going to sneak into the locker room to steal everybody's lunch money during phys ed.

Okay.  We need laws. We all want to prevent drunk driving and armed robbery. Who are we going to allow to come up with our rules? Why do we always seem to turn over the reins to self-important jerks who represent interests other than the people's?

We can't afford a revolution every time the cycle starts again. You can certainly throw the rascals out but are you really moving forward by replacing them with new rascals?

Let's turn our attention to loftier matters. If there is only one true religion then a whole load of others have everything wrong, right? Maybe Marx was onto something when he famously said that "religion is the opium of the masses." Of course he also called it "the heart of a heartless world" and said that it was "the sigh of the oppressed creature."

Me? I'm an optimist. The glass is at least half full. Nevertheless, very few of those guys in D.C. have any interest in me or my well being. They don't want me to revolt, of course. They want me employed so that there is an economy to provide them with power and wealth. War, corruption and planet-destroying industry is perfectly acceptable if a payday is attached. Unfortunately, for every Grover Norquist or Jack Abramoff who heads to the beltway to seek his power and his fortune there is at least one Ralph Reed, Jr. who plays the easier game and drafts the Lord into service to build his own empire. Can you believe that those three scoundrels were once roommates?

Let's play rock'n'roll. Let's love each other and help one another and work to fix the earth. If that other stuff is to be properly fixed, I'm convinced that we're waiting on evolution, not revolution.