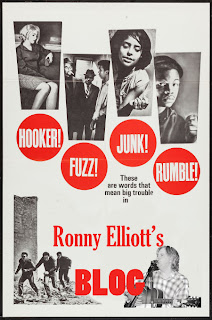 Road rage. Just the term stirs up a queazy feeling, doesn't it? I just experienced some reverse example. The car in front of me had a handicapped plate and I could see that it was a man around my age with a baseball cap. As I got closer because we were approaching a speed bump he began waving his arm out the window as if to signal that he was slowing. I never got more than a couple of car lengths to him. By the next set of speed bumps he began to motion wildly. I could see him waving his arm in the air and could tell that he was trying to get a look at me in his rear view mirror. We were on a residential, two lane street and he was driving between 15 and 20 miles per hour. The signs posted along the road listed the speed limit as 35. I was in no hurry. It wouldn't have been wise to pass and I didn't mind. Every now and again he would brake completely and sit still in the lane for a few seconds.

When we came to a pedestrian crossing he very kindly and lawfully waited for a young girl to cross in front of us. When we came to the next one about 10 yards further he stopped and I could see that he watched me once again in his rear view as he idled for about half a minute. Okay.

Finally we went through a traffic light and the street changed to four lanes. He sped up to about twice the speed and left me in the dust.

So I have had my anger management exercise for the day. I passed. I hope the old guy's alright.

Posted by ronnyelliott at 3:26 PM