Go On, Take It 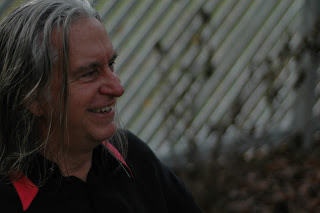 Woody wrote a lot of things that changed me and you. Changed the world. Problem is, somebody had already written some of them. That's okay. He borrowed from the Carter Family among others and they had taken them from somebody else.

Oh yeah, Chuck Berry invented rock'n'roll and he had songs ripped off by the Beatles and the Beach Boys among others, right? Well, yeah. Of course he had taken a truckload from one of his idols, Louis Jordan. Louis stole plenty, he said so. Chuck's first record, Maybelline, was a boogied up version of Bob Wills' Ida Red. To further complicate matters, Woody Guthrie recorded a version of Ida Red before Bob Wills did.

It's mirrors held up in front of mirrors from here on out. It's what Woody referred to as the "folk tradition."

Now when it comes to The Twist there are lots of stories. They don't all match up. Problem is lots of them came from Hank Ballard, himself. Hmm...

Hank frequently mentioned What'cah Gonna Do, the Drifters' hit, as an inspiration for the melody and the song structure. He also told the tale that Brother Joe Wallace from the gospel group, the Sensational Nightingales, had brought the original song idea to him and Cal Green, the Midnighters' guitarist. He always stuck to the idea that he had seen kids in Tampa dancing in a club and had asked a young girl in the crowd just what they were doing. "The Twist," she replied. None of the rest of it matters.

There are only so many notes and so many ideas. Help yourself, please.


Posted by ronnyelliott at 2:18 PM