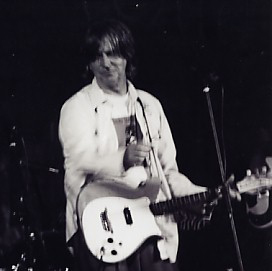 By the time that I became familiar with the term, eccentric, I realized that I had always been considered eccentric. It took a long time to figure out that eccentricity goes in and out of fashion.

Sorta' like being Irish on St. Patrick's Day. Sometimes I'm a prize at the cocktail party. Usually not so much.

When I was in the seventh or eighth grade I received an anonymous letter explaining my social shortcomings in some detail. A group of the girls had gotten together and put together a detailed list of suggested changes for me. Started off okay. I was cute. Then we got right to the buts and the howevers.

Hot rods were out of style. My hair was too long. Girls didn't really want to talk about rock'n'roll. My clothes were not right and wrestling was boring, fake and stupid.

It's sad for me to admit that I've continued to get that kind of communication on a fairly regular basis from the women who have passed through my life.

Considering the overwhelming consensus I'm gonna have to say that I should have put a little effort into straightening up. It's probably too late now. I just have to hope that weird comes back around in time to save me again. I mean well.