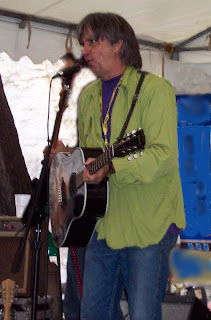 We usually expect something of a "Golden Age" following a big war. Art and culture flourish. Peace feels good. Prosperity is at hand since we're not wasting money killing people in the name of some religion. Education and technology make great leaps.

Now, as President Eisenhower warned, war is perpetual. It is this country's major industry and our chief export. Osama Bin Laden was evil. He told us clearly, however, why he was intent on destroying us. He said that we would be attacked for putting our soldiers on their sacred ground. He never mentioned hating our freedom. In fact, greedy scoundrels threw in with our own fanatics who thought they saw biblical prophecies in the middle east. A few corporations and shareholders and a few individuals and industries have made major fortunes from this go 'round.

Now we have no end to wars; no ticker tape parades, no VA college loans, no golden age. We have war. That war will be replaced by another until we stand up for peace. Relatively few of us actually fight in these wars and fewer will fight in the future as computers and drones do our killing for us. Give us peace on earth and end this dreadful, dreadful war. Let's have a golden age.