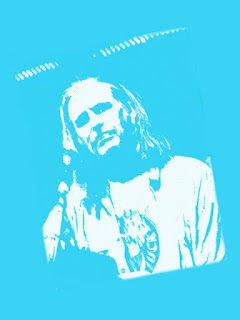 Folks always ask me about the best rock'n'roll show that I ever saw. I'm sure it's because I boast so much about all of the great music that I've been around. You know, "When I was a kid there would be ten or twelve acts on a bill and all of them would just rip the place apart."

My answer is always the same, though. Hank Ballard and the Midnighters. They were on a bill with Sam Cooke, Little Willie John, LaVern Baker, and Marv Johnson. My mom took me. It was at the armory in Tampa.

The Midnighters had always been favorites of mine. I had loved Hank's record of the Twist before that piece of junk bubbled out of the mire of Philly. I had lots of Midnighters 45's on King and Federal and several albums.

The whole evening was magnificent and that's probably obvious but when Hank and the guys took the stage it nearly killed me. The level of joy was overwhelming. How they could dance those routines and keep up those harmonies is still a mystery to me. I knew they were doing something naughty, something dirty but I didn't know what. I still don't. You'll probably never catch me doing a set without a little blue. Maybe a lot. It's the direct influence of Hank Ballard and the Midnighters. It's not rock'n'roll without a little smut. You can quote me.


Posted by ronnyelliott at 3:41 PM