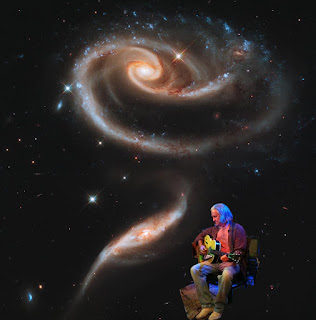 So I have a business proposition for my wealthiest friends, the ones that we have decided are one percent of our population. From the Revolution on, at least up to these last two, all of our wars have been financed with tax dollars. Now we have decided that perpetual war is healthy for our "economy." When we're not fighting commies to avoid a domino effect in southeast Asia, we're battling terrorists or drugs or invading small countries with oil under the earth because we don't like their dictator.

At the same time the folks who have accumulated most of the wealth have decided that they don't want to be burdened with taxes. Well, who can blame them?

Now if I want to get rid of war and they want to avoid taxes I think I see a deal to be made. Let's leave social programs intact. In fact, let's improve health benefits and education for all of our citizens. Let's patch up our infrastructure and let's clean up our planet. Since these fine young people that we have sent to our fine military academies won't have the jobs of their dreams open to them let's move them into leadership roles where they run our new programs to fix up the nation. Let's make General Eisenhower proud.

Haliburton's not gonna like this. Neither is GE. My first thought is, of course, so what. On the other hand I'm looking for win/win here so let's give them some more of their beloved tax breaks to invest in real research and development for alternative fuels and recycling technology and clean disposal of waste.


Posted by ronnyelliott at 1:19 PM