Their Crooks, Our Crooks 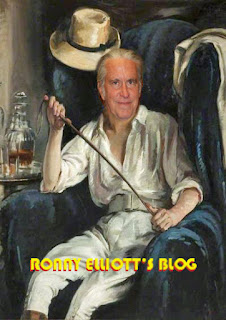 Who would have guessed that the drug cartels in Mexico would feel threatened by the huachicoleros, the gasoline thieves. In the good old USA we have our own gasoline thieves. You can trace them back to 1863 and John D. Rockefeller's entry into the petroleum industry. Standard Oil and the cartels who followed realized long ago that the surest way to protect their interests was to buy the government.

One surprising element of the oil barons owning the government was the birth of the military industrial complex that President Eisenhower warned us about. War is now our biggest industry. Our "defense" budget exploded, pardon the pun, moving to perpetual war in the middle east to protect the petroleum industry's interests.

Now back to a comparison of the Mexican problem, we have our own drug cartels, too. The major part we refer to as the pharmaceutical industry. It's more about creeps with suspenders in their shiny beamers and peroxide blondes with their samples than it is scientists in lab coats.

This, of course, brings us to the healthcare industry and begs a mention, at least, of the insurance racket.

Don't get me started on securities and banking. Music business, either, in fact and certainly not churches.

Where we make organized crime our own is to control it all through what we refer to as government.

Do unto others as you would have them do unto you. Seems so simple.

Posted by ronnyelliott at 6:52 AM