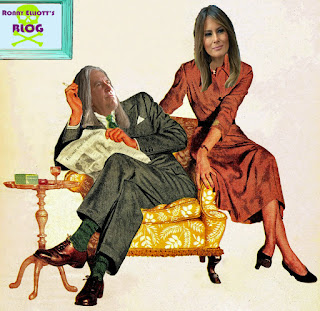 The word, revolution, terrified me as a kid. I worried constantly about tooth decay, nuclear war, the economy collapsing, polio, I suppose I grew up anxious. Of course, some of my fears were real. I agonized over rust, I lost sleep fretting over calypso replacing rock'n'roll. Damn you, Harry Belafonte!

Not to be confused with wisdom, resignation eventually sets in. Teeth do decay. The economy collapses on a regular basis. We pretty much wiped out polio, at least for white children in first world nations, only to be confounded and cursed with acute flaccid myelitis. War isn't nuclear, it's perpetual- our major industry. We never win. We just never admit defeat.

Now days, I like rust. Yeah, idiots will pay more for jeans with holes in them and guitars with the paint worn off. You would think I would be fashionable with this gray hair and this old man shuffle!

Rock'n'roll died of old age and Elvis kicked the bucket at forty two- just like he knew he would. Harry Belafonte is still standing, one of our last heroes from his era.

Were any of you ever picked for kickball? Any of you girls ever asked to the prom? Did anybody out there ever figure out how to make the love stay?

Asking for a friend.

Posted by ronnyelliott at 7:56 AM