Too Hip For The Radio 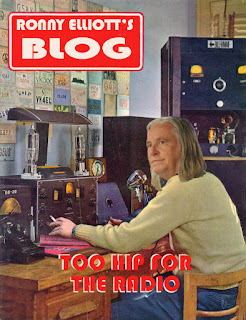 Well, I started off playing all of Chuck Berry's songs and I was working for the man before too long. I always wrote what I felt. I thought it was the blues till Mr. Petty wrote a letter and sent me the news. I played a lot of bars and I wasted lots of time trying to live some kind of life that ended with a rhyme.

Like to have froze in Manhattan in a psychedelic haze. Then I jumped the gun completely with the country tock craze. I added a bunch of drums and I worked with a fool. We jazzed up the Coasters even though it wasn't cool. I made a lot of records but I never had a hit. I lied and told my mother I was sure gonna quit.

Now they tell me I'm too hip for the radio. That's why they won't play me on the morning show. For fifty long years I've been playing it the same. I guess I just love this game.

Now this rock'n'roll life has taken its toll. I've got a lot of miles behind me and a hole in my soul. But when Berry bit the bullet and Dr. Diddley moved west, I hocked the love of my life and I prayed for the best. Jesus whispered to me with a hillbilly clue. I put the fiddles and maracas with the old voodoo.

Now they tell me I'm too hip for the radio. That's why they won't play me on the morning show. For fifty long years I've been playing it the same. I guess I just love this game.

Most of my songs mean "something." Well, heck, everything means something. I can't stop every song after every line and explain that it's not what you think. In this case I've written them down for you and I feel like I should straighten a few things out.

Mr. Petty is most certainly not the fair haired boy from Gainesville. Norman Petty, Buddy Holly's producer, once wrote me and suggested that I come out to Clovis to work on some material. He wanted to make sure that I knew that I was writing and playing country music.

I never wrote back.

My pal, Berry Oakley, was shopping for a record deal for my band when he was killed in a motorcycle accident. He was in Macon that week to set up a date for us.

Not the Berry you had in mind, huh?

Bo Diddley had talked about producing a record with us. Before we got around to anything serious he moved to New Mexico. By the time that he came back to Florida that band was history.

Some day I'll go through all of 'em and explain it all away.


Posted by ronnyelliott at 6:50 AM