Take Me Back To Birmingham 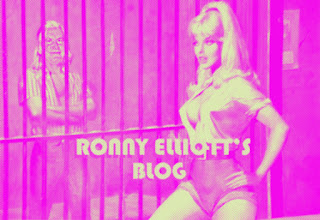 Can you believe it? We were all born in Birmingham. Me, Sun Ra, Willie Mays and Edward O. Wilson. Oh, Emmylou Harris, too. In fact, Emmylou was born in April, 1947. She's nineteen days older than I am.

In the Church of the Living Swing there's significance here. Meaning? You tell me!

E.O. says that we have to have religion to keep from going crazy. I'd rather go to Birmingham. Is it just a coincidence that I learned to pray in Birmingham? I'll bet that Sun Ra and Willie and Edward and Emmylou did, too.

Herman Blount, before he became Sun Ra, claimed to have been transported to Saturn. We moved to Florida.

Posted by ronnyelliott at 10:18 AM