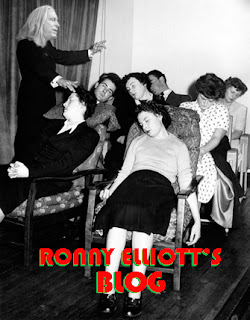 Angel, my blind, seventeen year old cat, woke me up at 3:45 this morning. Nothing new. I'm just glad to be reminded that she's still with me.

I've been awake since then with a new purpose in life. I'm here to take exception to American exceptionalism.

Europeans crossed the ocean, liked what they saw and took it from natives who originally welcomed  them to paradise. They did it with smallpox blankets, whisky, trinkets, worthless treaties and guns. The heathens who had lived here, the Indigenous tribes, had been here for thousands of years.

That very white guy, the one with the powdered wig and the wooden teeth, the one who graces the green paper that we have come to worship, was in on the original plan to "civilize" these people. Yeah, let's take these folks who live with nature, who worship nature, and fix them. Let's kill the buffalo just to watch him die.

Continuing in the entrepreneurial spirit, we built a society on the cheap with slavery. These white guys who blathered about all men being created equal owned human beings. Slaves and former slaves essentially built the White House. Let's be fair, here- some of them were actually paid. Apparently some of them were earning $1.25 a day!

Let me spin a little yarn here. Abel worked mowing lawns after school. He saved enough money to buy an old Chevy. His brother, Cain, was jealous. He killed the next door neighbor and stole the Audi from his garage. Talk about exceptional!

Now I find myself represented by an orange-faced monster arguing with a woman who makes deals for weaponry to support her husband's hobby. Not that hobby. His other hobby.

We have cheated and won. We run the world. We have paved the continent and altered the climate. We have established perpetual war for the profit of investors. We finally abolished slavery with a terrible war. We continue to attempt to run our machinery with cheap labor and listen to chants to return to the past. "Let's take back America!"

For starters, I will. Let's give back America!

Let's replace the ones who tie silk ribbons around their necks with the ones who wear feathers in their hair.

Thanks, Angel. Thanks a lot.


Posted by ronnyelliott at 7:17 AM