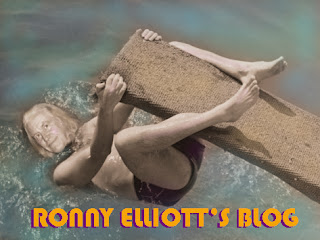 Boy, I loved the British invasion. All of it. Once the Beatles opened the floodgates, American music, the good stuff, came pouring back in. . Rock'n'roll, hillbilly music, rhythm and blues. Even artists who were long forgotten or, in some cases like Arthur Alexander, had never had their day at all. It served to remind the U.S. that our tastes mattered, not just Dick Clark's finances. In fact my favorite part of it all was that Brian Epstein, taking a page from Col. Parker's playbook, never allowed the fab four on American Bandstand.

Feeling a part of it all, I scoured the ephemeral press for the most obscure tidbits. One of my favorites, of course was the Who. I felt almost as frustrated as Mr. Townshend who seemed to be obsessing over his band's failure to succeed in America. By the release of He's A Boy they were stars in every part of the world except the states. I remember reading in one of the trade papers that Decca had forgotten to ship the promo copies of He's A Boy.

Forgotten? Isn't that a bit like forgetting to punch a hole in the middle of the record?

Of course by this time my band, Noah's Ark, was on Decca. Uh oh.

Well, Boris The Spider brought the Who the fortunes that Pete had longed for. And whined about. Yeah, Substitute should have been a hit right out of the chute. The Kids Are Alright and My Generation, too.

Regardless of my distaste for the music business, I eventually grew weary of Pete Townshend's grumbling and moaning.

Now, some fifty years into a career, I hope I've learned a little something from Pete. Oh, I've whined. Looking back, though, I wouldn't change a thing. I hope that all of my "just missed" and "that close" stories don't begin to sound like sour grapes. Nobody's been luckier than I have.