How Much For The Merkin? 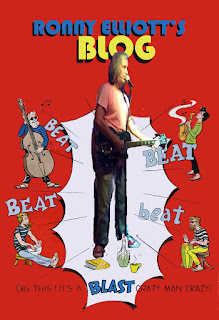 Payola. It's been around for as long as radio, dope, whores. Heck, longer. It's been big, really big, since the early days of rock'n'roll. Once discretionary income in the hands of young, white kids began to support an entire popular music industry the race was on, pun intended.

They led Alan Freed off to the pokey while the attorneys at ABC worked to find loopholes to keep Dick Clark free and wealthy.

It took them a long time to bring down the entire pop music industry, as we knew it. They managed. Now results from The Voice vie with Donald Trump's latest faux pas or this week's mass shooting for the headlines on network news.

One of the few benefits of having grown old is that I don't care.


Posted by ronnyelliott at 2:50 AM