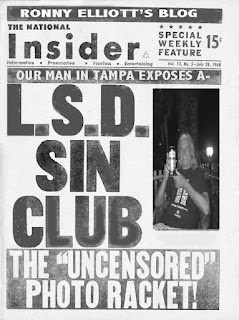 My memories of tales from the few folks who I ever crossed paths with who had visited the U.S.S.R. are still vivid in my mind. With our perpetual war, homeless people on the streets of all our major cities and the monthly mass shooting, it's hard not to wonder what the future holds for Uncle Sam. It's difficult not to think of the blunder in Afghanistan that brought down the soviet economy. We could use some heroes. We could use some love.


Posted by ronnyelliott at 3:10 AM