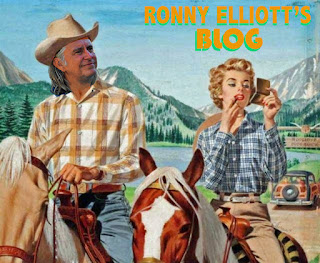 We rolled the Econoline van right through Attapulgus, Georgia. End over end and sideways. Then it caught fire. As we began to throw the equipment out onto the ground it began to rain. As the sun came up, while we were comparing scrapes and bruises, the sheriff showed up.

Then it got bad as he took us to the Attapulgus jail for the paperwork.

Well, sir, those folks in town eventually took to us. A van showed up from home to get us to Birmingham just in time for the nights' show. Then we avoided a brawl with a nasty little segment of our audience by leaving the stage in the middle of our set.

You suppose this is what they refer to as "dues?"


Posted by ronnyelliott at 4:21 AM