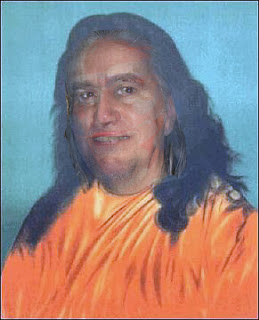 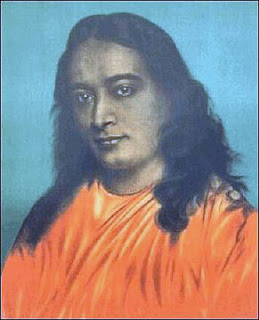 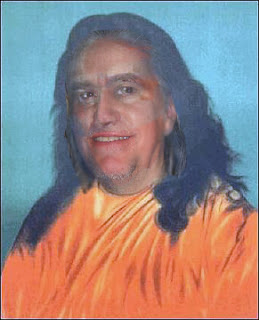 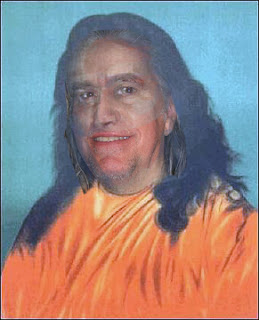 Not to beat a dead horse, here I raise my glass to Helwan, but I have told you recently that I have been trying to read Autobiography Of A Yogi since I was twelve or thirteen years old. Finally it is all falling into place for me. I am beginning to make sense of the universe in terms of wrestling. So everything, and I mean everything, in the news can be traced more or less to Gorgeous George.

Would ISIS be the ultimate bad guy here, or what? Fighting here on the world stage anybody who will climb into the middle east ring with them. They're on the bill opposing Iraq and Syria but the U.S.A. in star spangled trunks keeps hopping into the ring to bash them in the noggin' with a folding chair.

Crusty old John McCain, way too old to fight, himself, keeps calling for a real match. You know, lights out, Baghdad death match- loser leaves town. We got the clean cut hero who we have to keep defending. Who knows where he's really from. Wink, wink.

Now, suddenly we've got a clown with a bad wig, a sissy... heck, we've got a dame! A mean one, too. The real Russian guy keeps taking off his shirt and posing for selfies on horseback. He's working on a Nazi act in case the Russian thing doesn't scare you.

The Koch brothers stand in the corner and keep throwing money and razors into the ring so that we all know just who the villains really are. The bad guys, if they're good bad guys, always have managers ringside.

Now I can yell and carry on as though this fight wasn't fixed, as if the bad guys weren't all in this thing together for their own concern. That, or I can get on with my real life where love and rock'n'roll and banana pudding matter. It's really hard to disengage here. I'll try.


Posted by ronnyelliott at 4:12 AM