Pull Down The Shades 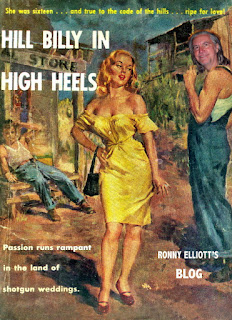 Computers show up in my dreams. Do you suppose that buggy whips and spats showed up in Grandma's? Who do you suppose invented high heels? How did he convince anybody to wear them?

What about the necktie? Who was the first snooty maitre d to suggest, "You won't be able to dine with these folks until you come back with a ribbon tied 'round your neck"?

How come Goofy has to wear pants and Pluto doesn't? How did I end up in Goofy's camp?

I can understand the concept of a salesman, an individual who can convince me to buy a Buick or a Hoover upright. How on earth, though, can anyone trick another person into supporting war? "We need to bring peace and security to this area. We will flatten the countryside with bombs. That will be a start. For the time being they hate us for our freedom but after that they'll welcome us as liberators."

Who on earth finds these nuts, these liars? More importantly, who on earth elects them?


Posted by ronnyelliott at 8:57 AM