Hair and Teeth and Eyeballs All Over The Track

Admittedly, some of my schemes are better than others. Figure eight bicycle racing, I think, is one of my all-time greats. I've mentioned before that I really believe that we've had enough NFL. These latest scandals regarding the league and knowledge of head injuries should finish her off. Oh sure, it's gonna take awhile. In the meantime, NASCAR attendance is finally shrinking. I mean, come on, are we advancing as a culture or not?

I've always thought that soccer is the world's game, at least partly, due to the human factor. We can see real individuals displaying skill and determination. The lack of padding and headgear makes it personal.

Now, of course, there's no way that we're about to give up our blood lust that is such a part of professional sports attendance. I mean, if there was no chance that somebody again, some day, would turn right like Dale did, do you think that those folks would all keep showing up, paying all that dough, to watch little dots going round and round?

If those big old mean robots quit pounding quarterbacks into the turf and snapping femurs every now and again would we pack those big stadiums in bad weather?

Here's what I'm proposing. Banked turn, beech wood, indoor tracks for bicycle racing. Of course the track doubles back on itself in a figure eight pattern. The cyclists wear whatever they want. Let's face it, if they collide no padding or helmet would be of much help.

I've seen enough hillbillies competing for chump change in figure eight jalopy races to know a little something about the psychology of this stuff. If you're approaching the intersection at the same time as a competitor you might as well just floor it. Brakes aren't gonna help.

Well, now, these bozos seem to miss each other most of the time. Of course when they don't... well, there's your sport.

You've heard me say that I don't care much for snobs. Don't really like them at all. I surely don't mind selling them stuff, however. Wouldn't you really rather have a Maserati dealership than a Kia store?

See, I'm looking for limited seating and really expensive tickets. Really expensive. You can see the action from any point in the house. No big ol' plastic beer cups. Champagne snowballs. A few private boxes available but only a few.

There won't be any official wagering but the gentlemanly bets on the floor will be openly tolerated. I suppose that we will open the events only to male riders in the beginning so that the torrent of criticism and lawsuits can get us the proper publicity in the New York Times.

When I first dreamed this little business opportunity up I envisioned Princess Grace opening the first track, cutting the ribbon at the 24 Heures du Monaco. No proper replacement has come to mind. I can't rush this thing. 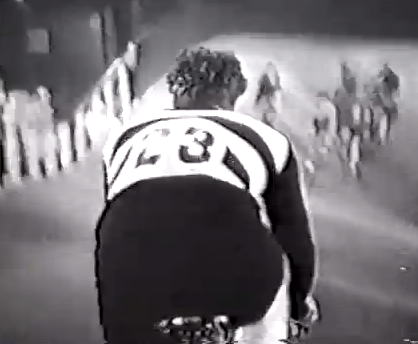 Posted by ronnyelliott at 1:45 PM