Badasses and Sweethearts, Every One 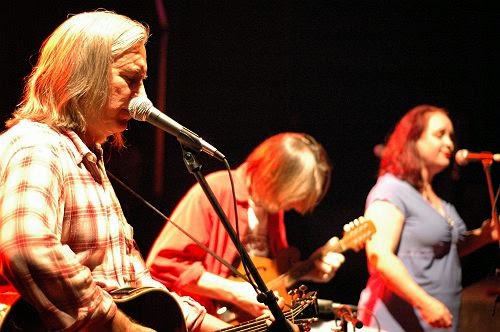 The Nationals wasn't supposed to be a band. The name was meant as a joke. I think it was Mark Warren's idea. His outfit at the time, the Leonard Croon Band, was going to play on my first record and we would call them the Nationals. The joke was that the name was so bad, so lame, that it would be obvious.

Well, here we are, nearly twenty years down the line and the Nationals have been a big part of my life and my heart since then. The Croon boys rarely showed up to record or rehearse so the band became Steve Connelly on guitar and most anything else in the room; Natty Moss-Bond, vocals; Harry Hayward, drums; and Walt Bucklin, bass.

After the first few years we added Jim McNealon on pedal steel. We lost him several years back so we're back to the original setup.

Oh, other folks come through and we love to play with new Nationals when we get the chance. A few who come to mind are Rebekah Pulley, Ray Villadonga, Pamela Epps, Marty Fouts, Mark Warren, Kenny Davis, Jake Hollifield, Danny McGuire, Rock Bottom, Rob Pastore,Wayne Pearson, Drew Farmer, Anne Van Atta, Spencer Hinkle, Wally Watson, Hugh Williams and plenty of others. There will be more.

These fine folks have dragged me through a big part of my life. I mean, you're young for a little while, then you're old for a long time. I owe them more than I can ever tell you. Certainly more than I've been able to pay them.

This is from our first show at the State Theater in St. Pete. We were on a bill with Jimmy LaFave and Peter Case. They have both become good friends. We met that night.

Posted by ronnyelliott at 10:20 AM