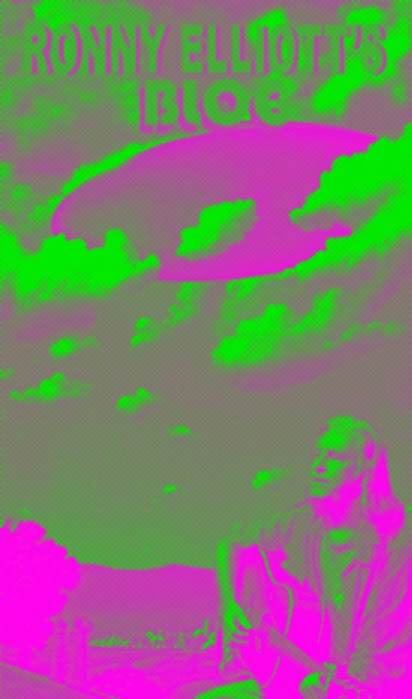 I've always thought that the legend would be even better if Elvis had croaked, onstage, early in '57. Just think, none of the bad movies, no Fat Elvis vs. Skinny Elvis, no sad divorce. I hope this doesn't sound disrespectful. I didn't even get to meet him 'til he got back from the army. Let's face it, though, the danger was gone by then. Heck, Frank Sinatra welcomed him home.

It may be the Bob Dylan effect. I've always liked Mr. Z just fine. I have to say, however, that I never worshipped at the altar, if you know what I mean. That act was a good one and it brought the proper attention to some magnificent rock'n'roll. Finally the act became the legend and took over. I understand that some scrawny little Jewish kid from Minnesota needed a little mystique once he showed up in Folkville and was one of the herd.

Now, though. Whew! I'm a fan. That old guy's nuts. How about those videos? Girls in their underwear! The act and the artist have become one.

Even though it's hard to imagine that hillbilly from Mississippi turning, or returning, to the bop cat king role, the image keeps me awake at night. I will always believe that Elvis had another couple laps in him.