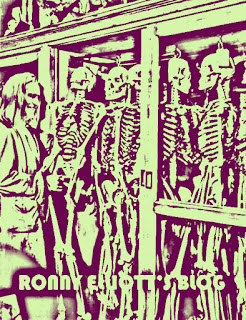 What if every penny that we've spent on war since the end of the Civil War had gone to infrastructure, healthcare, scientific research and education? Why don't we tax individuals who inherit fortunes on debt to pay for people cheated as the fortunes were built?

Do we have big problems facing our society? You bet.

Do all solutions have to revolve around billions for a military machine and reducing taxes for the wealthy? The answer is yes if you ask the only two political parties allowed to participate in the process.

If we make ourselves vulnerable to evil forces waiting to dominate us without a gargantuan arsenal, then why isn't China raiding Switzerland as I write this?

This is where demigods come from.

Personally, I don't believe that all capitalists are bad, evil, selfish. I do believe that those two Koch brothers are. All politicians aren't slimy, degenerate scumbags. Donald Trump is. So is Vladimir Putin. Ted Cruz, too.

Not all socialists are good guys. The historical Jesus seemed to be a pretty fine fellow, though. Buddha before him, too.

Those clowns in D.C. try to keep us from considerations like these with fear. Dividing us into camps facilitates the ruse.

The questions are complicated. The answers are not.

Posted by ronnyelliott at 6:02 AM