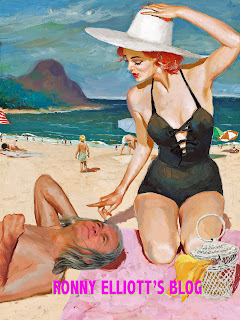 Five hundred bucks was a lot of money in those days. Still is if you happen to write songs that don't rhyme.

My mom won the crossword contest sponsored by the Tampa Times. Let's put this in some perspective. She was a single mother raising a teenage boy on an information operator's salary. Now the question, of course, was how to use this windfall that probably exceeded her monthly paycheck.

Well, of course, she bought me a car. Did I mention that I was fourteen, not old enough to drive legally? Oh, I should probably tell you that it was not my first car. In fact my second car was still in the driveway.

The story is already too unbelievable to bother to add that it was a '32 Ford three window with a Corvette engine. Yeah, a little deuce coupe. Not being able to drive the thing, we had to recruit someone to come with us to drive it home. Sam Durrance was eager to help. He's an astronaut now but that's a different story.

Fortunately, I have no mechanical aptitude. For the next two years the coupe only ran about half the time. No, less. Much less. Probably kept me from killing myself. It was fast when it did run. It was really fast.

Of course I don't recommend spoiling your kid. Let me qualify that. My mom gave me unconditional love and spoiled me with unfettered approval for any endeavor. By the time I was sixteen years old I was in the rock'n'roll business. Still am.

Oh, I've strayed. I've run real estate companies and I've scooped mud from the hull of barges. I've attempted to save the world working as an environmentalist and I've put hot sauce in bottles. I've started a mortgage company and I've written automotive columns for the paper.

Maybe some folks were fooled. Probably the ties. I know I was.

I'm pretty sure my mom never was. She always made me proud of what I do. 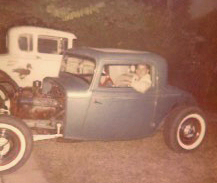 Posted by ronnyelliott at 6:21 AM