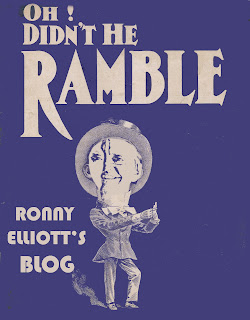 One side has airplanes and ships longer than football fields. Drones that wipe out families celebrating weddings. Exploding cigars! They call the other guys "terrorists." When I was a kid they wore sandals made of tire treads. These days they trick young folks into strapping on bombs to go to concerts.

None of the hotshot "leaders" pick up a weapon. They rely on young men whose hormones develop faster than their brains.

It's always been this way. Maybe it always will.

You can pick up a gun and start your own "revolution." First thing you know, you're right in the middle of it.

Guess what- hormones are good for more than violence. Those young men can be wooed with peace and love. In fact it's an easier sell. In these days of perpetual war it doesn't take an accountant to see that our "defense" budget could feed the poor, provide universal health care and clean up the environment. We'd have enough left over for ice cream for everybody, too.

Oh, I'm not running for anything. I'm just whispering in your ear to drown out those bellowing idiots. When I think of the dreams and the songs of all those who came before me, I have no choice but to speak up.


Posted by ronnyelliott at 7:42 AM