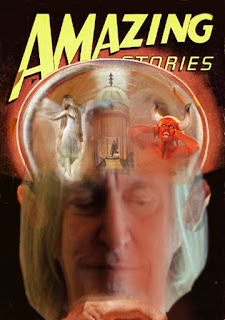 Funny, isn't it? Everybody's story is pretty much the same. Oh, the details are different. Growing up in Bangladesh is not like growing up in Brooklyn. The girls' stories don't match the boys'. From some god's vantage point, though, isn't it pretty much like us looking down on an anthill?

E.O. Wilson looks down on an anthill and sees and understands ants. And humans.

Free will? Creation? Myths, according to Wilson. Religion, too.


Posted by ronnyelliott at 8:50 AM