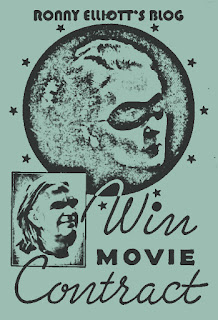 What a life. To wrap things up I seem to have gotten beyond drama. The world, on the other hand, teeters on the proverbial brink again. The literal brink this time.

Nikita Khrushchev informed us that he would bury us in 1956. Rock'n'roll flourished. With Elvis and Jerry Lee, Chuck Berry, Little Richard, Fats Domino and Bo Diddley on our side, we ruled the world. All of the magnificent hillbilly music and all of the wonderful rhythm and blues finally bubbled over in a stew that changed everything forever.

By the end of 1963 we were on the ropes again. When we lost President Kennedy, we lost hope. We were lost. Voila, the Beatles! Rock'n'roll did it again with the British invasion.

This stuff thrives in the mire of despair.

Me? I believe in magic.

Cross your fingers and fasten your seatbelt.


Posted by ronnyelliott at 4:04 AM