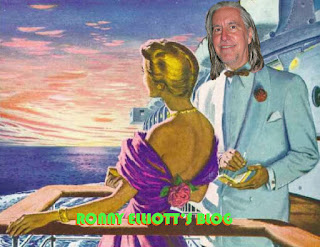 Everything's changing for me. Again. I'm back outside. Once I was invited, peripherally, into society. Romance did the trick. More than once. I thought society was changing. I thought I could help. When romance left me washed up on the shore, society stepped right over me.

For eleven years I thought I was protecting the earth moving steadily up some shaky ladder in the government. It took me most of those eleven years to figure out what should have taken six months. The government is not going to save the environment. Money determines application of law. Hero is a relative term.

Near misses and close calls marked my rock'n'roll career as a young man. That's okay. I was raised pulling for the underdog. When the Americana Music Association was launched I was right there. I figured that finally there was a place for me. My records went to the top ten on the new charts.

It didn't take long, of course, to recognize that this was just a bunch of folks who wanted to wrest the power from the old guys in a rotten business. The music was incidental. As money poured in from aging rockers looking to extend sagging rock star careers those folks got what they wanted. I hope this doesn't sound like sour grapes. There are tons of wildly talented musicians within the fold of the AMA. They're not going anywhere without somebody's money working the deal, however.

All of this pales in the shadow of a bigger cultural shift in our society. Is it a coincidence that rock'n'roll fades into the shadows as war becomes perpetual? As bigotry and hate come back into fashion? As science and knowledge go out of fashion?

It's okay. I'm comfortable out here. More comfortable, really. Once an outsider...

Come on, rock'n'roll, save us again.


Posted by ronnyelliott at 8:02 AM