Because You Have To 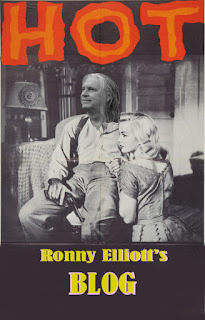 Let me be blasphemous here for a minute. Picasso was a brilliant young painter. He was probably a genius. He broke new ground along with a few of his contemporaries for awhile. Then he got rich. Famous. Not surprisingly he wanted to get laid. Then he spent years as a hack, putting both eyes on the same side of the nose because he could. He was Picasso. At the end he painted erotica. He was an artist again for a bit.

Elvis changed the world. The planet had never seen or heard anything like that. Never. Then he worked Vegas. He went to Hollywood. Along came the white suits and the scarves. Voila! The first Elvis impersonator. His name was Elvis.

Oh, I could go on. I won't. Yeah, I wish somebody, somewhere would mail me a hundred bucks for a song or two. Don't hold your breath.

I do it because I have to. I'm lucky.


Posted by ronnyelliott at 7:55 AM