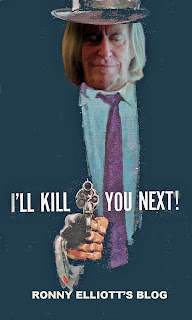 With three days to go, we're down to two hundred and nine famous people alive on the planet in 2016. If you spend your time on social media or if you're in the Rolling Stones you know that Keith Richards and Betty White are in the mix.

There have long been celebrities famous for being famous. Maybe they've always been around. I'm not sure. I grew up wondering just what Orson Bean's job might be. Just which movie role established Zsa Zsa's movie star reputation? Later I was lucky enough to work with Monte Rock III and I'm still a fan.

It seems to me that reality tv has changed the entire game. Kardashian. Kanye. The fat guy from Survivor who went to the pokey. Combined with autotune reality tv has eliminated any need for what was once called talent.

When I start to spew a line or two about the president elect and consider a description of the man and that stuff on his head, I check Google to save time. I'm not a hard worker, not an original thinker. Immediately I come across:

An ambitious corn dog that escaped from the concession stand at a rural Alabama fairground, stole an unattended wig, hopped a freight train to Atlantic City and never looked back.

Really, I can't do better than that.

As an anonymous performer in a celebrity world I bid adieu to 2016 with the rest of you. As my pal, Ed Brown, put it, "Youth has no concept of mortality." I do. All of the lessons are about loss.


Posted by ronnyelliott at 5:45 AM