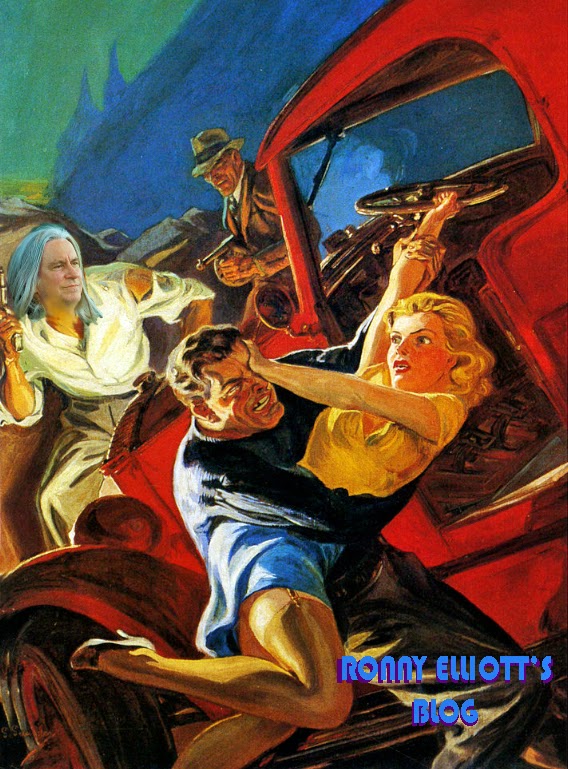 "Here, you need to talk to Ronny Elliott," my pal, Terry Ware, was telling the British kids that he was dragging up to introduce me to. They had come to Okemah for the Woody Guthrie Festival, working on a documentary about Oklahoma music.

When they finished up with me I found Terry and asked why he had thought to have them talk to me. After all, the place was crawling with musicians from Oklahoma.

"Well, I guess you're about the biggest fan of Oklahoma music that I know," Buffalo drawled.

Terry reminded me that we first met when I approached him coming off the stage and smiled and said, "Jesse Edwin Davis."

He had looked a touch befuddled as he replied, "Yeah, what about him?'

"Well, you're clearly a Jesse Edwin Davis fan," I said.

Jesse Ed was a native American guitarist from Norman, Oklahoma. I should probably mention right here that he is probably my favorite guitarist of all time. Turns out he's one of Buffalo's favorites, too. Terry lives in Norman.

Over the next few years as Terry Ware became like a brother to me we talked music all the time. Turns out we had met years before when he played with Jimmy LaFave and we shared a bill in St. Pete. We never mentioned geography much. We just talked about the rock'n'roll that we loved. Yeah, that meant we had plenty to talk about.

So, it didn't all begin and end with Woody. Who knew. Turns out I'm the world's biggest Oklahoma music fan and I hadn't even known that there was Oklahoma music.

Jesse Ed Davis left us in 1988. John Fullbright was born in 1988. In Oklahoma. Stars that shine as bright as John Fullbright don't come along often. Do yourself a favor. Go listen to his music right now. He's a rock'n'roll star. It's from Oklahoma.

Posted by ronnyelliott at 9:51 AM