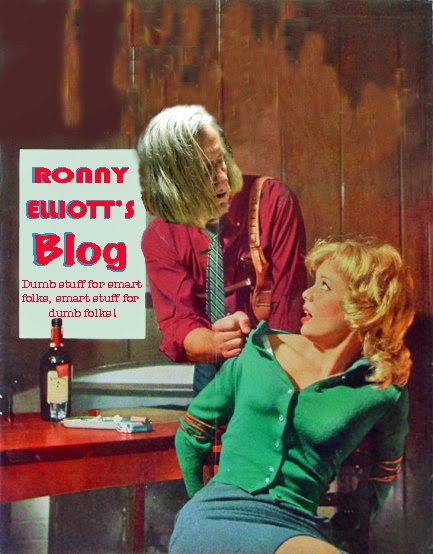 When I think about Maxine Brown's "All In My Mind" I'm reminded that it may be the only rock'n'roll hit to feature a trombone. I can't think of a single big rocker in 3/4 time that hit the Top 10 before the Moody Blues covered Bessie Banks' wonderful "Go Now." Surely we would never have gotten past the three minute radio hit if Bob hadn't stepped in.

Well sir, I have tried my hardest since I was a kid to go my own way. I don't have to look long or hard, though, to recognize that I've just disassembled and redone the more basic elements of my heroes' music.

I read an interview with Chuck Berry when I was a kid where he mentioned that he had never done anything original, much less invent rock'n'roll. He said that he had only really written three or four songs. I took that as a sign that he was being humble.

As I've mentioned here before, he's not humble. He is honest, though, and he's surely still my hero. The professor may well have written only three or four songs over the years but he had managed to turn them into dozens of anthems. It was years before I figured out that I've only written two or three songs, myself. Nobody's ever gonna accuse me of inventing anything.

I stand on the shoulders of Hank Williams, Louis Jordan, Elvis, Little Richard, Buddy Holly, the Beatles and, of course, Chuck Berry.