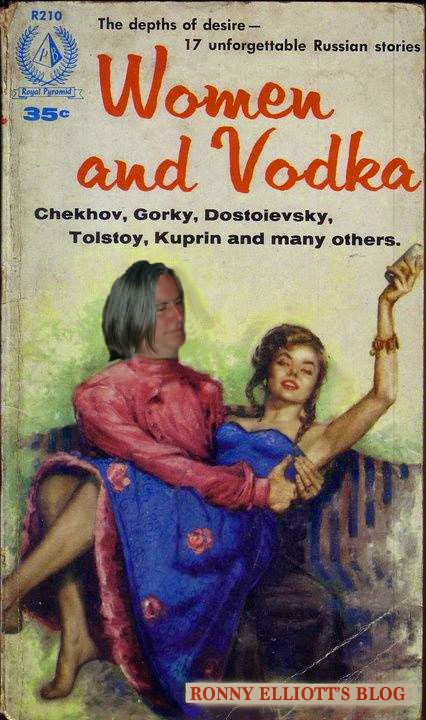 Well, let's just pronounce the pipes blown out. Way out. If you follow this drivel you know that my roommate, Rindy, moved out about a year ago. Yesterday evening as I watched the NBC evening news, worrying about the fate of mankind when I'm gone, I decided to open the bourbon. As I opened the freezer for ice cubes I noticed a baggie sticking up in the door with "Rindy B-Day. DO NOT EAT!" containing a very fancy packaged candy bar inside. How had this gone unnoticed for the last twelve months? Obviously meant to be dinner with the bourbon and Coke. I didn't feel guilty. Rindy's not even around.

Half an hour later at the computer, feeling really sorry for myself by now, I ran across some kind of political post about the neo-cons and Iraq on Facebook. I began laughing. I continued laughing. When I re-posted it to my page I could no longer sit up. When did politics and war and hate get so funny? Who cares.

By the time Sheila, my new roommate, came in I was crying with hilarity. I showed her the post and, to tell you the truth, I was a little disappointed that she didn't seem to really get it. I explained that I had indulged in bourbon but only a little bit. As I attempted to defend my inappropriate behavior I mentioned the candy bar.

We went digging through the garbage in the kitchen and uncrumpled the discarded wrapper.

"Warning! May cause sexual feelings and the urge to remove clothing!"

There were arty drawings of naked Indian women diving and some kind of mandala on the label. Probably should have been a clue.

Well, it was a long evening. Probably a really long evening for her. I watched her make two apple pies while brilliant neon fired off the stainless appliances. I laughed until I hurt and then I mourned lost love and then I laughed some more.

This morning I'm worn out. My life is a pretty good movie.


Posted by ronnyelliott at 9:52 AM