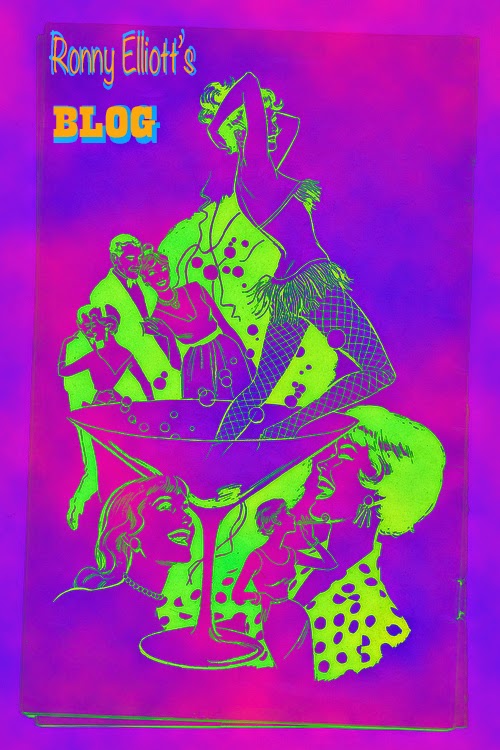 Now I can't remember if it was the art teacher or the music teacher who said that to me on the first day of school. Doesn't really matter much now. Let's just say that apparently it wasn't easy to get me to color in the lines. We all know that it would be impossible to teach me to sing on key.

Unfortunately, for me at least, I'm dying to please. I want to be loved. Really. Would I still be whining about what that teacher said after nearly sixty years if my feelings weren't hurt?

My academic classes were something of a mess, too. I would always test well. This was the very beginning of advanced classes and they would move me into small little groups of smart kids who sensed that I didn't belong.

I usually had friends in high school who were gifted athletes. Oh, I would have loved to be a football hero and wear a fancy letter jacket. No chance. A lack of skill and coordination hurt. Poor eyesight and pure D laziness played a role, too.

When I tell you that rock'n'roll saved me, I'm barely exaggerating. I knew from 1956 that it was my only chance. It took me another seven or eight years to get up the nerve to take that step.

Now, over a fifty year career it appears that no one has been able to teach me to do it right. Only my closest friends and the wonderful musicians that I work with know that I'm always trying to sing on key. To color in the lines. Sometimes I claim to be stubborn. Often I tell folks that I just play the stuff for me. No regard for commercial success. I don't lie but that's probably not really true.

This stuff has always been my attempt at big hits. Stuff to please you. When you see those weirdos from another planet on American Idol, be kind. Most of them would sing on key if they could. They're singing for you.

There are only two lessons that matter. Love and loss. You're in control of one of them.