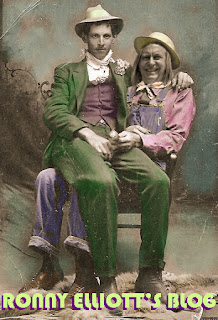 If this is what it takes to make decency and empathy fashionable, bring it on. Lack of education doesn't make a fella deplorable. It doesn't hurt, though. We've crept to the right since I was a kid. Ike was left of Barack. Yeah, he was a Republican. A war hero. He was also a studied, decent man. He ran against a brighter man, off to his left.

Fortunately there are heroes in the streets. We're gonna have a press again. Stock prices for the soaring New York Times are doing fine, thank you.

When my check for this blog clears, I'm having a kir royale and a Cohiba. Thanks, Mr. Soros.


Posted by ronnyelliott at 8:26 AM