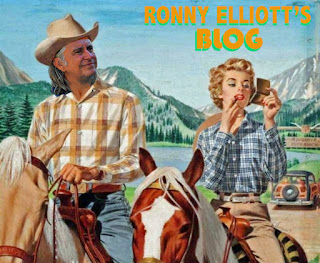 Maybe we'll come back in style. America, I mean. The U.S. It almost certainly won't happen in my lifetime. When I was a kid it all looked to me as though we had peaked, maybe with the Big One, WW II. Audie Murphy. "To Hell And Back."

We should have quit the war game, gone out a winner. It all reminds me of a fighter who just can't stop. You always end up greeting gamblers at the casino, mumbling, shuffling and nodding. Dignity gone.

Even as Chinese and Russian kids were taught to hate and fear the Americans, they still wanted our Coke. They longed for our Levis. Oh, how they loved our rock'n'roll.

Maybe I'll whine a bit about Viet Nam. That wasn't the first war we lost but it showed that we should have quit earlier.

How do I address the middle aged, rich guys who hop around, overstuffed in leather, rhyming like sixth graders to recorded music and a turntable while holding their crotches in a move copied from a dead pop star from thirty years ago, without sounding merely old and crotchety? It makes it worse for me that nobody in the hep SNL audience has the nerve to yell out, "Hey! You have no talent. This isn't edgy. This is stupid. The emperor has no clothes."

Things change. I know that. I hope Little Richard doesn't see any of this.


Posted by ronnyelliott at 8:20 AM