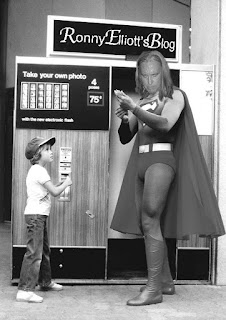 Let me get this straight- two groups of people, mostly men, tell all of us which two candidates we can choose between to be our president. One of those two will go to war in our name. Checks and balances? That president will appoint an attorney general to head up a justice department to see that our laws are upheld. He or she will be subject to a supreme court with members appointed by that president as the old ones die off.

Of course we have a legislative branch whose role, as they see it, is to prevent any progress by the other side while jockeying to assure their own re-election beginning day one in D.C.

Have you ever seen the statistics for the assumed rate of psychopathy within the D.C. population?

This group of people sell and trade away our natural resources. They divide us from each other for their own gain. They give away our quality of life and our well being to petroleum companies, pharmaceutical corporations and the insurance industry. They sell arms to anyone with the cash who isn't considered our enemy at the moment with no apparent regard for where those weapons wind up.

In a sick, parasitic relationship lobbyists walk a wide line to further enrich these bad guys so that they can make money partying and supplying sex and drugs and money instead of working real jobs. Their real power comes from promising roles like theirs to the senators and congressmen and their staff members when they leave office.

Over the last few decades an alternative, fair and balanced, media has been created. A legitimate, free press has been labeled elite and mocked. To defend their reputations the credible press has decided to give equal time and attention to both side of any race, any issue. If Jesus gives a speech, Pilate gets equal air time.

Well, here we are. Yeah, yeah, I know. We've had rascals before. Andy Jackson didn't have nuclear weapons. Ask the Native Americans, the real Americans, how that one worked out.


Posted by ronnyelliott at 8:11 AM