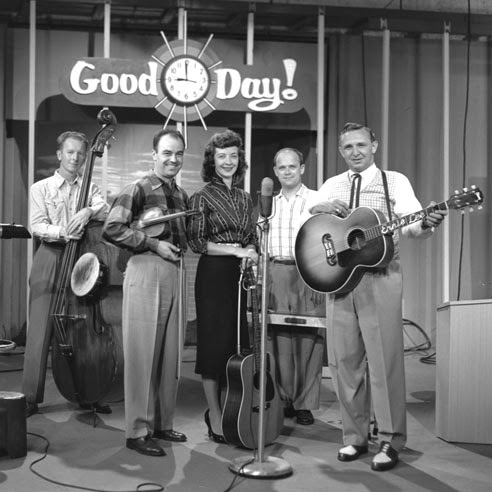 That quote means something to you if you lived in this bay area and your family owned a television in the mid-fifties.

Ernie Lee moved to this area in 1954 from Cincinnati and began showing up regularly on Channel 38, WSUN, the only station that we had. In 1958 he moved to WTVT, Channel 13 in Tampa, our CBS affiliate.

Ernie had recorded sides for MGM and RCA among other big time labels. He made some of the first hillbilly records with strings. He was, to put it mildly, the real deal. He drew some of his old sidekicks to the area including Barefoot Brownie Williams and Herb and Kay Adams who had produced some great hillbilly sides on King Records. 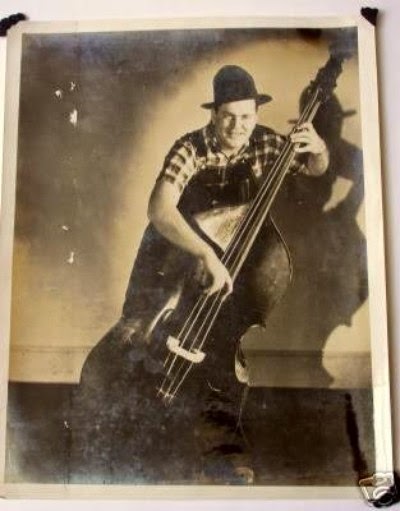 In the beginning Ernie signed on at 7:00 am. I always got up early enough to get ready for school while I watched him. Hillbilly music had started it all for me. It was all I knew until my mom started to bring me Wynonie Harris and Elvis records in 1955.

Of course I would never have told the other kids at school that I watched Ernie and the gang. In fact I hid my hillbilly association until a year or two into my music career when we took our band, Your Local Bear, down to the Channel 13 studios in downtown Tampa to play Ernie's show. Mr. Lee was a real gentleman and a true inspiration. Right about then we played our first big show. Curtis Hixon Hall in Tampa with Jimi Hendrix.

Ernie's been gone for a long time now. Jimi, too. I'm a lucky guy.

Posted by ronnyelliott at 7:56 AM